Thinking about moving to Austin? Texas’ capital city is one of the best places to live in the South and one of the best U.S. cities for jobs, thanks to its affordable housing, excellent employment opportunities, and plenty of things to do. Not sure where you should live when you move? Check out these best neighborhoods in Austin for singles and young professionals! 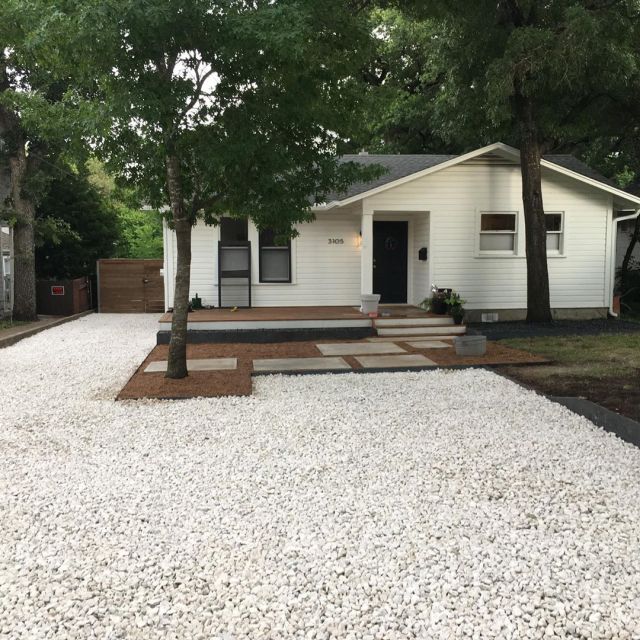 Located in East Austin, Cherrywood is a favorite among singles and young professionals. Here, residents can find a variety of Mid-Century Modern ranches, contemporary bungalows, and newly-constructed apartments and condos at an affordable price. Though it’s slightly removed from the action of the city center, this Austin neighborhood is known for its quirky charm and friendly neighbors. It’s also a great spot for healthcare professionals to settle down, as the area is close to both Dell Children’s Medical Center of Central Texas and St. David’s Medical Center.

Things to Do in Cherrywood

Go for a jog or take your furry friend for a walk at Patterson Neighborhood Park. Keep Austin weird by taking part in the annual Cherrywood Halloween Parade, where residents head down French Place to show off their best costumes. Pick up a new chakra stone or find new crystals to add to your collection at Nature’s Treasures Texas. Kick-off your day with a cup of locally-roasted coffee from Thunderbird Coffee. Get your fill of contemporary farmhouse dishes like Duck Breast and Candied Pork Belly from Salty Sow. Swing by Taqueria Los Altos for chips and guac, tacos, tortas, and other authentic Mexican eats. Grab a Blackened Shrimp Po’ Boy or a plate of Poutine with a cold beer over at Haymaker. Or enjoy a few drinks and a game of ping-pong at 8 Track. 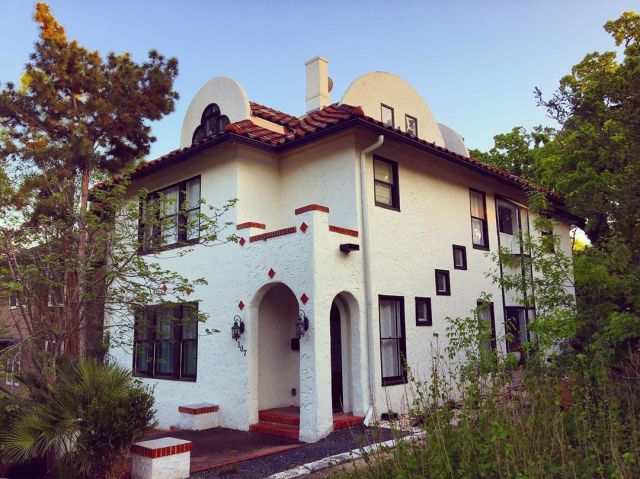 North University is one of the more popular neighborhoods in Austin for college students and those working in the education field, thanks to its location near the University of Texas at Austin and Austin Presbyterian Theological Seminary. But it’s also a hot spot for singles and young professionals who want to buy an older home with more character—the area is known for its tree-lined streets, large lots, and unique architecture. North University residents love the neighborhood’s wide range of restaurants, bars, and trendy shops, as well as the availability of public transit and quick commutes into downtown.

Things to Do in North University

Find some of the best sneakers over at Nice Kicks Shop. Upgrade your closet with some vintage duds from Flamingos Vintage Pound Austin. Relive your youth with both new and classic arcade games over at Arcade UFO. Grab a coffee or a local beer and settle in for trivia night at Spider House Cafe. Enjoy Mexican dishes with a vegan flair like The Pioneer Tacos and Street Corn at Cool Beans. Meet up with other Longhorn fans to eat, drink, and cheer on your team over at Posse East. Try inventive popsicle flavors like Blueberry Basil, Chocolate Brownie, and even Dairy-Free Avocado at Steel City Pops. Head down to Crown & Anchor Pub for the Big Basket of Cheese Fries and craft beers on tap. Or stop in for a Longhorn Iced Tea or KumBack Cheeseburger over at Dirty Martin’s, which has been around since 1926. 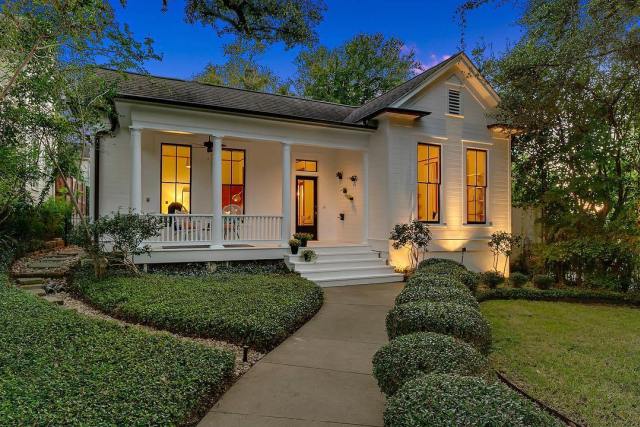 Want to live in an area with an easy commute into Downtown Austin? Old West Austin is the place for you! Less than ten minutes away from the city center, this Austin neighborhood is an ideal spot for singles and young professionals who want the convenience of an urban area mixed with the spacious properties of a suburban area. You can find everything from modern townhomes and condos to historic homes and modest single-family ranches here. Residents also have access to plenty of green space with local parks like Bailey Neighborhood Park, Hartford Park, Pease District Park, and the Shoal Creek Greenbelt.

Things to Do in Old West Austin

Order the Rainbow Roll, Texas Road Kill Roll, or the Good Time Roll at Japanese restaurant Musashino Sushi Dokoro. Enjoy Italian food and an evening of outdoor dining on the large patio at Olive & June. Get Chicken & Pancakes, Breakfast Tacos, and other savory breakfast dishes at Kerbey Lane Cafe. Grab some beers, watch your favorite teams on the big screen, or listen to live music at The Local Pub & Patio. Give your closet a makeover with fresh finds from boutiques like Valentines and Capra & Cavelli. Find your next acoustic guitar or sign up for lessons over at Fiddler’s Green Music Shop. Or visit the HOPE Outdoor Gallery to see all kinds of murals, public art displays, and works by local street artists. 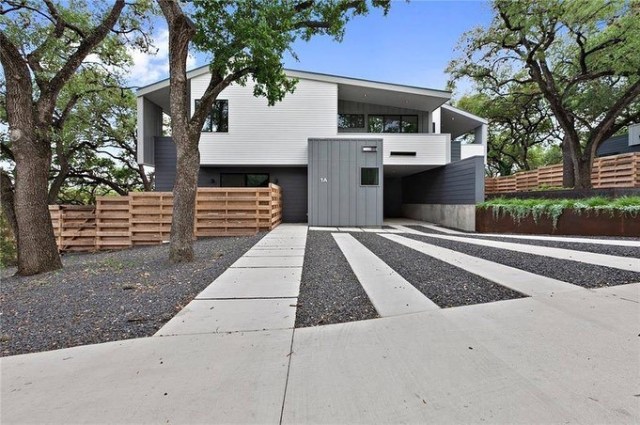 The South Lamar neighborhood in Austin—also known as SoLa—has seen a bit of a resurgence, thanks to new construction, local business growth, and more singles and young professionals moving to the area. With affordable single-family homes, a ten-minute drive into Downtown Austin, safe streets and friendly neighbors, and outdoor recreation spots like Barton Creek Greenbelt, SoLa is one of the best places in Austin for young adults. It’s also a great neighborhood for those who have plans to start a family in the near future, as the area’s schools in the Austin Independent School District are well-rated.

Things to Do in South Lamar

Listen to live music and get in on the next line dance at Broken Spoke dance hall. Explore the eclectic antiques and vintage treasures at Uncommon Objects. Play a game of pool or darts while tossing back a couple of cocktails at Casino South Side. Relax with a latte, cappuccino, or an IPA at the coffeehouse-bar combo Radio Coffee & Beer. Hang out with your dog while you order a burger and some beer at Black Sheep Lodge. Try unique donut creations like the Bacon Me Crazy Donut Sandwich or the Ron Burgundy Donut Burger at Gourdough’s Public House. Or get your Mexican cuisine fix over at Matt’s El Rancho, where you can order everything from burritos and fajitas to nachos and chile rellenos. 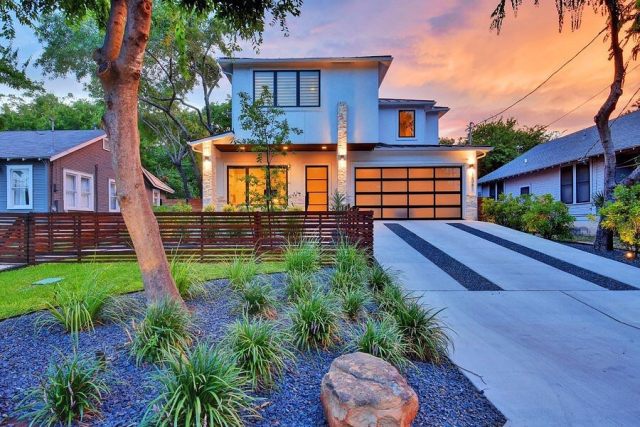 Just across the Colorado River from Downtown Austin is the neighborhood of Zilker. Known for its chill vibe and plenty of things to do, it’s no surprise that Zilker is one of the best neighborhoods in Austin for singles and young professionals. Not only does this area have tons of new construction with modern houses and condos, but the neighborhood is also next to Zilker Metropolitan Park—home of the annual Austin City Limits Music Festival, which attracts thousands of music lovers from across the country each year. If you’re looking for quick commutes into downtown and an area that features a good blend of Austin’s natural beauty and eccentric culture, Zilker is the spot for you!

Things to Do in Zilker

Go for a run, take your dog for a walk, or ride your bike along the Ann & Roy Butler Hike & Bike Trail, which runs along the Colorado River. Go for a stroll through the Umlauf Sculpture Garden & Museum, where you can find all kinds of indoor and outdoor art exhibits. Catch indie films and blockbusters at Austin staple Alamo Drafthouse. Get in a round of putt-putt and BYOB at Peter Pan Mini Golf 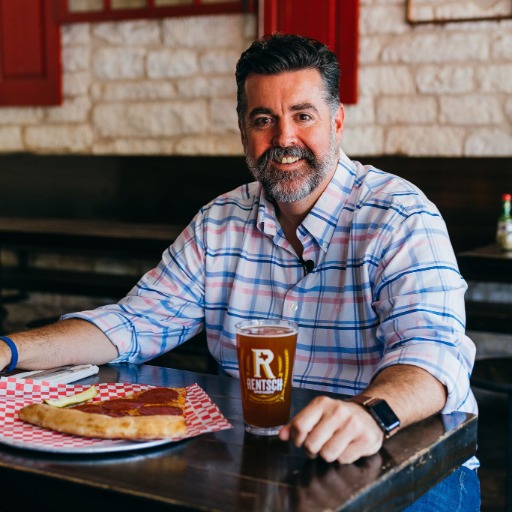 "Service of a Team with Individual Results" Dave Snowberger is a professional REALTOR® with 10 years of real estate experience in Central Texas and surrounding areas. Dave studied at Southwest Texa....

Thinking about moving to Austin? Texas’ capital city is one of the best places to live in the South and one of the best U.S. cities for jobs, thanks to its affordable housing, excellent

5 Things You'll Wish You Knew Before Buying Your First Home

5 Things You’ll Wish You Knew Before Buying Your First HomeWe know that the home buying process is daunting, and it might seem like you have a million tasks on your plate. Everyone is giving

There’s something about Father’s Day that gives even the most thoughtful among us a case of “gifter’s block.” Perhaps this is why Father’s Day gifts usually

19 Summertime Projects To Increase Your Home’s ValueYour home is one of your biggest assets — and like most investments, you need to periodically check-in to make sure you’re

By registering, you agree to our terms of use and that real estate professionals and lenders may call/text you about your inquiry, which may involve use of automated means and prerecorded/artificial voices. You don't need to consent as a condition of buying any property, goods or services. Messages/data rates may apply.